Since 2014 I have been putting together a bibliography of scholarly literature which in one way or another addresses aspects of using and analyzing digitised archival film or film-related sources in research. In particular I have been interested in how scholars currently recast old traditions of film historical research or imagine new ones with digital techniques and tools of analysis. As the bibliography kept growing bigger I began to feel it was necessary to turn it into a thematic bibliography which in a clearer way shows which publications belong to different research traditions. To achieve this, I have recently grouped the publications into a few categories – eight in total. The categories are:

While I find these categories fairly accurate and productive they are of course debatable, but this is how I felt the publications should be grouped together at this point. I think most of them speak for themselves but my choices of which publications to include in which sections do perhaps require some explanation. On the most basic level, it is a condition for me that a publication offers – in some way – a reflection on film historiography by discussing either a theory, model, method or representational practice which is computer-based or which uses digitised sources or digital means of analytical intervention. As a consequence many publications which discuss these categories/themes but which do not address digitisation or computerised methods have been left out. For instance for section one on “Audiovisual Essays, Found Footage and Remix Culture” there are many essays and monographs which in the past decades have dealt with the interrelation between filmic appropriation practices and film historiography but which fall out of my bibliography’s scope because they do not discuss for instance digital video editing techniques or the use of digitised film collections. The same goes for a section such as “Stylometry and Cinemetrics” which does leave out some of the fundamental reference literature for statistical style analysis from BC (Before Computers) in favour of more recent publications. Of course, it goes without saying that the bibliography is not comprehensive (suggestions and comments are more than welcome on c.g.olesen_at_uva.nl !).

When reorganising the bibliography I also updated all the links associated with the publications, when applicable, so they should – at least for the moment – be working fine and forward you to additional, useful information. In addition, this update provided an opportunity for me to add more publications which have recently come to my attention. One title which I am particularly excited about is the recent monograph by film scholar and archivist Adelheid Heftberger (Austrian Filmmuseum), Kollision der Kader – Dziga Vertovs Filme, die Visualisierung ihrer Strukturen und die Digital Humanities, on the computer-based visualization of structures within Dziga Vertov’s films. This is the outcome of Heftberger’s fascinating doctoral research and the Digital Formalism project in which she meticulously annotated the shots in a group of Vertov films using the open source software Anvil. By doing this it became possible to visualize structures in Vertov’s work using different kinds of scientific, visual analytics (such as MatLab and ImageJ). In her book she discusses the broader implications of these methods both for Vertov research and for the digital humanities. The book is published in a new series on Film Heritage (Filmerbe) directed by Professor in Audiovisual Heritage Chris Wahl at the Filmuniversität Babelsberg Konrad Wolf in Potsdam. Somewhat related – but fundamentally different in its approach and scope – I have also added and recently acquired film scholar André Habib’s book La Main gauche de Jean-Pierre Léaud (Les Éditions du Boréal, 2015). Habib’s book aspires to combine a more anarchic, cinephile tradition of film appreciation with contemporary, representational practices opening with a reflection on the evocative potential of the beautiful visualizations of among other films Alfred Hitchcock’s Psycho (USA, 1960) created by San Francisco-based artist Jim Campbell. Made with ImageJ techniques (or, at least entirely reminiscent of scientific visualizations created with ImageJ techniques) Habib, I think, may with his book possibly be opening a path for film scholars who draw on cinephile theory to historicize films and who wish to define and appropriate such visualizations to their own ends within this tradition. It undoubtedly promises an exciting read in the near future! 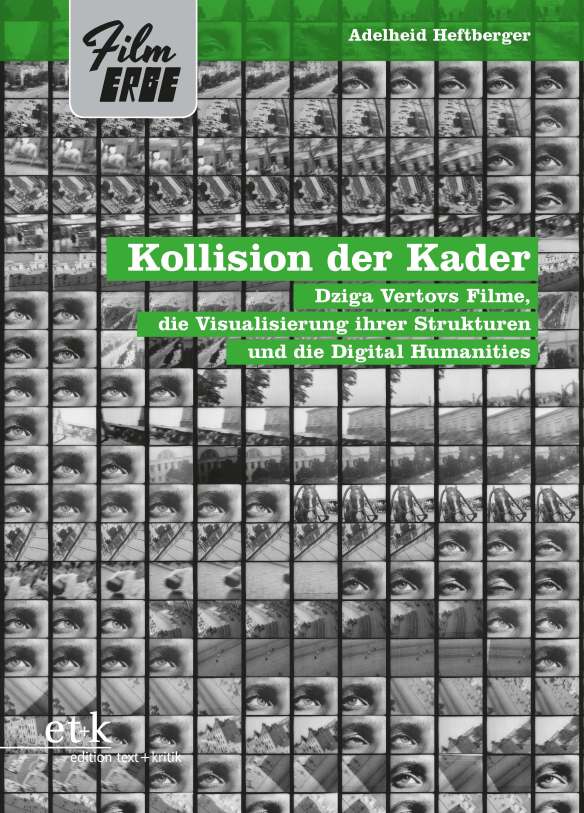